My husband bought me...

A STEAMER FOR MY BIRTHDAY!! This may not be super exciting to some of you, and i know it's a little early, but it thrilled me to death!

It's so cute! A commercial grade Rowenta brand steamer. I have been happily steaming clothes this afternoon, then had to stop and play Zelda from 3 til now, 7:45! Addicted much? Ok, well, thanks to my family for sending bday presents, at least I'll still have something to open on the big day. Wow, 28. Already.
Christmas was wonderful, I got so many great things. I'm reading the books from my mom right now, really good series, and wearing the slippers from Jere's mom :). They're pretty similar to this, but with chocolate brown soles and blue butterflies instead of whatever these are.

I got really nice silver hoops and beautiful oriental bowls and calendar from Jessegirl and cool wooden earrings from my love and his mom, and a new yoga bag, and a beautiful brown sweater and the list goes on... So spoiled! We were gonna do dinner alone, but then my big-hearted husband invited our friend Terri over and her son to share our bounty :) Turned out really well, and I'm glad they came; made it seem like Christmas, with people around.
Other than that, I am taking a less hard class next semester (well i still have 5 classes but this one is easier than what i was gonna do) so I can get better grades and hopefully have a job part time. My schedule isn't very easy to work around but i have weekends and mondays after 12, so something should work out. Jeremiah got into school again, so that's really great, we'll be riding the bus together still. AND when he gets out, it's a huge raise, b/c he gets 2 raises for going to school twice. Of course, that means I'll lose him to the soul sucking money maker of the fort in march. *sniff*.
Ok, well, going to go now, read some more of that great book... Love you all, peace in the coming year(s)
C
Posted by carmenrose at 7:48 p.m. 4 comments:

As I sink into relaxation... 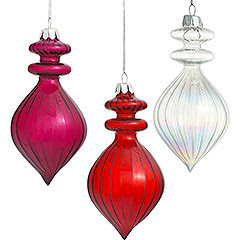 and breathe, because finally, finals are over, all the fun Christmas presents are bought, wrapped and shipped and life can slow down again. After crying for hours at the marks I got this semester, I solemnly vowed to do better next semester; to actually do lots of homework instead of floating through from one test to the other. All I can say is my freakin' GPA dropped from 3.95 to 3.77. But enough about that, it's too depressing to analyze further and gives me a big stress headache.
I miss everyone so much, I wish I could somehow get everyone from all the different families together in one place for cmas this year. I miss my beautiful niece who makes me smile so much. I miss my mom.
Well, i think i need to stop now before I become totally depressed in this very HAPPY season...tomorrow, I'll be better. Love you all,
C
Posted by carmenrose at 5:21 p.m. 5 comments:

For all of us who are married, were married, wish you were married or wish you weren't married, this is something to smile about the next time you see a bottle of wine:
Sally was driving home from one of her business trips in Northern Arizona when she saw an elderly Navajo woman walking on the side of the road. As the trip was a long and quiet one, she stopped the car and asked the Navajo woman if she would like a ride. With a silent nod of thanks, the woman got into the car. Resuming the journey, Sally tried in vain to make a bit of small talk with the Navajo woman. The old woman just sat silently, looking intently at everything she saw, studying every little detail, until she noticed a brown bag on the seat next to Sally. "What in bag?" asked the old woman. Sally looked down at the brown bag and said, "It's a bottle of wine. I got it for my husband." The Navajo woman was silent for another moment or two. Then speaking with the quiet wisdom of an elder, she said: "Good trade....."
Posted by carmenrose at 6:52 p.m. No comments:

For all of us who feel only the deepest love and affection for the way computers have enhanced our lives, read on. At a recent computer expo (COMDEX), Bill Gates reportedly compared the computer industry with the auto industry and stated, "If GM had kept up with technology like the computer industry has, we would all be driving $25.00 cars that got 1,000 miles to the gallon."

In response to Bill's comments, General Motors issued a press release stating: If GM had developed technology like Microsoft, we would all be driving cars with the following characteristics
(and I just love this part):
1. For no reason whatsoever, your car would crash twice a day.
2. Every time they repainted the lines in the road, you would have to buy a new car.
3. Occasionally your car would die on the freeway for no reason. You would have to pull to the side of the
road, close all of the windows, shut off the car, restart it, and reopen the windows before you could continue. For some reason you would simply accept this.
4. Occasionally, executing a maneuver such as a left turn would cause your car to shut down and refuse to restart, in which case you would have to reinstall the engine.
5. Macintosh! would make a car that was powered by the sun, was reliable, five times as fast and twice as easy to drive -- but would run on only five percent of the roads.
6. The oil, water temperature, and alternator warning lights would all be replaced by a single "This Car Has Performed An Illegal Operation" warning light.
7. The airbag system would ask "Are you sure?" before deploying.
8. Occasionally, for no reason whatsoever, your car would lock you out and refuse to let you in until you simultaneously lifted the door handle, turned the key and grabbed hold of the radio antenna.
9. Every time a new car
was introduced car buyers would have to learn how to drive all over again because none of the controls would operate in the same manner as the old car.
10. You'd have to press the "Start" button to turn the engine off.
Posted by carmenrose at 5:57 p.m. 6 comments:

You gotta love the Canadian sense of humour.

Cutest Blog on the Block